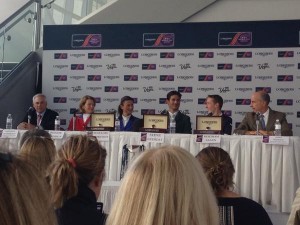 The current Olympic Champion took the title by one point after the had two fences down in the final round, beating France’s Penelope Leprovost and Ireland’s Betram Allen.

The Swiss rider has been runner up twice before in this competition and was delighted to finally win the title.