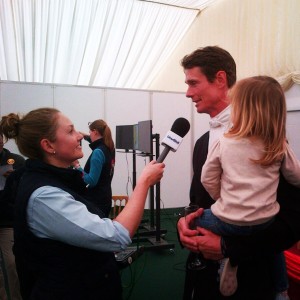 Fox-Pitt had been ever present amongst the top three across all three phases, trailing Andrew Nicholson throughout the Dressage and Cross Country rounds. Nicholson had seemed poised to take his first Badminton crown until an uncharacteristically poor Showjumping round on Nereo saw him slip down the order and Fox-Pitt leapfrog him into top spot.

Jock Paget on his surprise at finishing third: