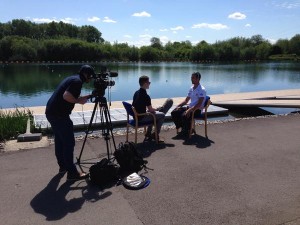 On May 13th, GB Rowing announced its full squad for this year’s European Championships (29-31 May) and Lloyd Bell were there to film the reaction. We spoke to Sir David Tanner, returning Olympian Katherine Grainger and more as they told us what it means to them to be selected for the first major competition squad in the build up to Rio 2016.

Click here to see highlights of the squad announcement.