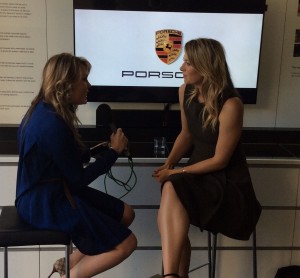 Ahead of this year’s Wimbledon, Lloyd Bell Productions travelled to Porsche Mayfair in London to catch up with 5 time major champion Maria Sharapova and former British female No.1 Laura Robson.

We spoke to Maria about her ties with Porsche and her upcoming Wimbledon campaign as she attempts to reclaim the title she won 11 years ago.

Lloyd Bell also caught up with Laura Robson, discussing her entry to this year’s Wimbledon as a wildcard after she returns from a lengthy injury spell.