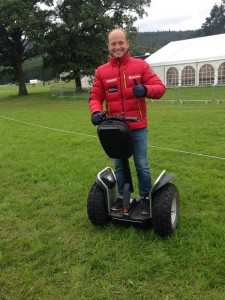 Germany’s Michael Jung made it three wins in two weeks after he followed up his Burghley victory with an individual and a team gold medal at the European Eventing Championships at Blair. Jung was completely dominant, eventually winning the individual event by 9.1 points.

Sandra Auffarth finished second individually and was also part of the Team Gold won by the Germans.

Britain’s Izzy Taylor finished sixth overall individually but was not part of the Team GBR Silver.