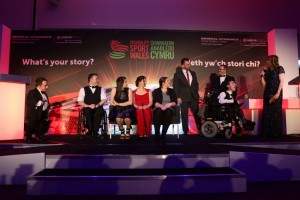 Lloyd Bell Productions created a series of videos for the nominees of each award category, as well as a separate film encapsulating the inspirational work that Disability Sport Wales do through the medium of one athlete’s story.

Lloyd Bell’s Sam Lloyd was on hand to co-host the awards evening, handing out awards for Transforming Lives and insport Club of the Year as well as performance based awards to Emerging Athlete of the Year Thomas Matthews and Male and Female Athletes of the Year Aled Sion Davies and Hollie Arnold.