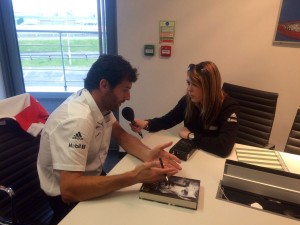 The drivers are joined Mark and the PHP team for a weekend of physical training and education to improve their fitness levels ahead of the 2016 season. Each workshop involved learning the theory via a practical session that is designed to suit all ability levels.

We spoke to Mark Webber about taking part in the Get Race Fit Day, as well as looked ahead to the upcoming WEC season:

Alongside Webber, we caught up with newly signed Porsche Carrera Cup drivers Alessandro Latif and Mark Radcliffe who also attended the Get Race Fit session.