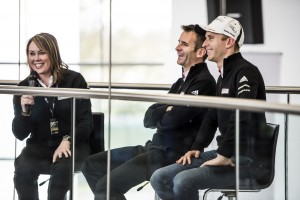 It was a mixed bag of results for the two Porsche LMP1 teams at Silverstone after car #1 was forced to retire midway through the race, with car #2 eventually finishing second overall – only for that result to be improved to a win after a disqualification.

Hear from car #1’s Mark Webber after his team’s retirement:

Listen to Porsche driver Brendan Hartley talk you through a lap of the circuit at Silverstone:

Also at Silverstone was Porsche’s Patrick Dempsey who recently became the Team Manager and the co-owner of the Dempsey Racing team after his stint as a driver last year. We spoke to Dempsey about his Porsche involvement, Silverstone and his upcoming role in the new Bridget Jones film: