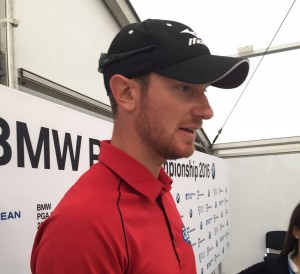 England’s Chris Wood has won the BMW PGA Championship at Wentworth for the first time. Wood came from three shots behind to claim the biggest prize of his career, carding a three-under 69 on the final round to win by one shot.

Alongside providing live reports and distributing audio of the professional competition, Lloyd Bell also interviewed a number of celebrities and athletes as part of the Pro-Am day on the Wednesday before the competition began.