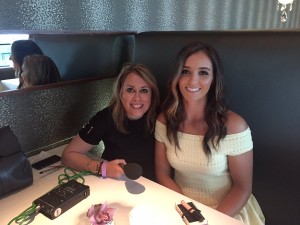 On the eve of the most iconic tennis competition in the world, a number of global tennis stars were invited to the WTA’s Pre-Wimbledon Party to celebrate the beginning of the competition.

Porsche ambassador and World Number 4 Angelique Kerber is hoping for an impressive display at Wimbledon after an admittedly disappointing result in the French Open.

Former British Number 1 Laura Robson has endured a tough few years in her bid to return to the top of tennis and will be competing at Wimbledon again this year after being granted a wildcard entry.