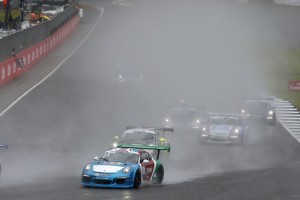 A host of current and former Porsche Carrera Cup GB drivers raced at Silverstone in front of a bumper 100,000 strong crowd as they took part in the Porsche Supercup, one of the support races for the Formula 1 British Grand Prix.

Reigning Champion Dan Cammish and Josh Webster were amongst the drivers involved as the competitors from the GB edition of Carrera Cup were tested against some of Europe’s best.

Hear from the drivers after the race came to a close: