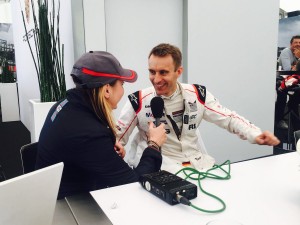 All smiles for Timo Bernhard after Porsche's win

Porsche’s Car #1 of Mark Webber, Timo Bernhard and Brendon Hartley secured a second successive win at the world famous Nurburgring after an emphatic performance in front of a home crowd for the manufacturer.

After a difficult start to the season, the reigning champions finally recorded their first win of the season in a race that grants the team bragging rights over their Audi rivals.

Porsche’s Car #2 finished fourth in the race and continue to lead the championship overall.

Hear from Mark Webber after the win: