Home » Exploring the back yard

Exploring the back yard 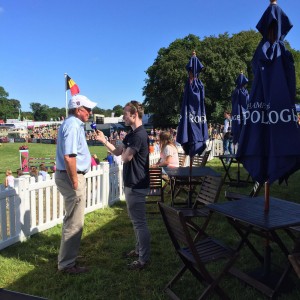 Exploring our own back yard

Travelling is one of the true perks of the job and over the last few months, it certainly feels like I have done a lot of it. I’m proud to say that I’ve visited some fantastic places throughout the world but rather ashamed to say that I have done very little in the way of exploring Britain. That is certainly changing.

It feels like it all started with a trip to Cheshire for Porsche Carrera Cup at the beginning of June. The journey saw me drive through the middle of Wales on one of the most beautiful days of the year, travelling for miles with nothing but the sunshine and livestock to keep me company. This was the first time I had seen many of these towns and picturesque villages but I have assured myself it won’t be the last.

Next came the mammoth journey to Croft. The six hour car journey was only made longer by dreadful weather conditions but it certainly proved worth it after an amazing weekend of racing. This was the furthest north I had ever been in Britain at the time and is definitely the longest car journey I have endured to date.

Not content with journeying up North, next I set off to expand my horizons further East than I had ever been and arrived in Norfolk for the Carrera Cup at Snetterton. Road closures, traffic accidents and the M25 may have marred the journey to Snetterton but I still ticked another new location off the list.

With a familiar trip to Gloucestershire under my belt at the beginning of August, next came my first trip to Scotland. Having survived the onslaught of jokes about needing Euros from my nearest and dearest, my biggest shock came when I stepped off the plane to see sunshine. It was an apparent oddity that stayed with me for the rest of my time there – although I am told that normal service resumed the moment our plane took off and the rain came back home.

Having conquered Scotland – no really, we climbed the mountain at Knockhill to plant the Porsche flag – it’s great to be back in Wales for two weeks. Next week I will become even more at one with my car as I make the long journey to Stamford for Burghley. I wouldn’t have it any other way.