Home » The Lead Up To Cheltenham

The Lead Up To Cheltenham 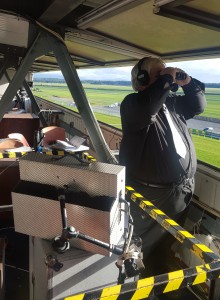 Saturday is 1st October, the start of the month when Cheltenham’s new season begins.

And there was I three days earlier in the most glorious Summer Sunshine at Nottingham Racecourse in my role as Track Presenter, with thoughts of anything winter, as jumping is, millions of miles away.

Yes, in 2016 further proof the climate has gone cuckoo, but it may not have been the only thing. 20 years ago on that very Wednesday Frankie Dettori had taken the Bookmaking Industry to the cleaners to the extent of 40 million pounds with his magnificent seven at Ascot- arguably the maddest day in racing ever.

And I had the pleasure of interviewing the great man earlier this week for a special Memory Lane interview- still speaking of it as if it were yesterday (and he’s still young enough to remember yesterday)- All 7 winners had never been done in the previous 200 years and probably won’t be in the next 200. I was on the Royal Heath that day- a truly unforgettable experience, and remember too arriving for the second day of the meeting on the Sunday to learn Ascot had been hit by a bolt of lightning overnight- clearly someone had told The Duke of Norfolk that a charismatic Italian had been kissing trainers and spraying champagne around the winners enclosure- and he was not impressed!

Racing is such a draw because it is so unpredictable- who would have expected this week’s news that two huge Irish success stories- Trainer Willie Mullins and owners Gigginstown House Stud would have gone their separate ways?

So it’s in that spirit the Road to Cheltenham starts in 3 weeks- and I can’t wait.

Not that the interim will be dull. The diary includes what’s bound to be an emotional trip to Limerick for their flagship Munster National- and what a marvellous gesture to name it in honour of John Thomas- so missed by so many. I am lucky to call the race for Live 95FM, the big local station in the City and the next day I have been humbled by an invitation to race call at The Curragh, the Home of the Irish Classics.

And the Mrs keeps getting on at me about holidays????