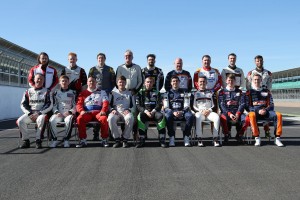 As the UK’s fastest and most successful single make motorsport series returns, the season is shaping up to be one of the most competitive in its history.

A grid of 21 excellent drivers including 11 Pro drivers are set to do battle throughout the year, including driving at Le Mans ahead of the world famous 24 Hour race. Here from some of the drivers below:

Last year’s Rookie Champion Charlie Eastwood has his eyes on the main prize in the second year of his Porsche Scholarship:

Reigning Pro-Am1 Champion Euan McKay moves up to the Pro class this season as he and brother Dan join Redline Racing:

Having finished 2nd in Pro-Am2 last season, Peter Kyle-Henney is set on going one better in 2017:

To hear all of the season previews, please head to the Porsche Carrera Cup Soundcloud and click here.