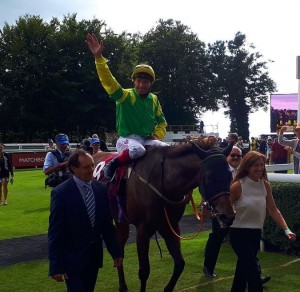 After another glorious week at Goodwood Racecourse, the initial battle was with the torrential weather that would later seriously impact the going.

In the first feature race of the Festival – the Goodwood Cup, much of the focus had been on Michael Bell’s Big Orange and their attempt to win the win for a third successive year.

John Gosden’s Stradavarius was the eventual winner at 6-1 with jockey Andrea Atzeni delighted to claim a third win of the opening day:

There were more testing conditions on day three of the Festival but this time the favourite proved worthy of its heavy backing. Winter claimed her fourth Group 1 in fine style ahead of Blond Me and Sobetsu in the Nassau Stakes: