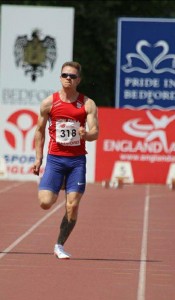 The countdown to the 2018 Commonwealth Games is on! We caught up with James Ledger who discusses his excitement on being selected to represent Wales this year at the games as well as his relationship with coach Christian Malcolm and who his biggest inspiration has been throughout his athletics career. The T12 runner, who is also the National Youth Board Coordinator for Disability Sport Wales, will compete in the 100m in Gold Coast this April.