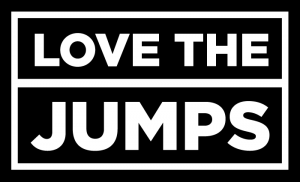 In this week’s #LoveTheJumps Rupert Bell caught up with trainer Jonjo O’Neill at his Jackdaws Castle. With over 900 winners as a jockey, O’Neill tells us which Gold Cup win he most enjoyed – as a jockey or as a trainer. We also talk to jockey Derek Fox about how he ended up in Scotland with trainer Lucinda Russell.

In this week’s #LoveTheJumps Extra Rupert Bell went to Jackdaws Castle yard in the heart of the Cotswolds and caught up with trainer Jonjo O’Neill. O’Neill has enjoyed a successful career as both a jockey, where he rode over 900 winners, and a trainer and is associated most memorably with the brilliant mare Dawn Run and also AP McCoy who rode both a Gold Cup and Grand National winner for him.

Following the sad passing of Malcolm Jefferson we have an additional episode of Love the Jumps Extra. Jonathan Doidge speaks to Jefferson about his early days and what he likes to look for in a jumper.