With Wimbledon just around the corner, the grass court season has begun! World Number 19 and 2018 Wimbledon semi-finalist Julia Goerges kicked off her grass court season with a first round win at the Nature Valley Classic Tennis tournament in Birmingham. The German defeated Ukrainian, Dayana Yastremska, 3-6, 6-4, 6-3 in the opening round at Birmingham and is also competing in the doubles with 2019 French Open Champion, Ashleigh Barty.

We caught up with the Porsche Ambassador in Birmingham yesterday where she talks about her win as well as how preparations are going ahead of her favourite Grand Slam tournament, Wimbledon, which starts in a few weeks time. 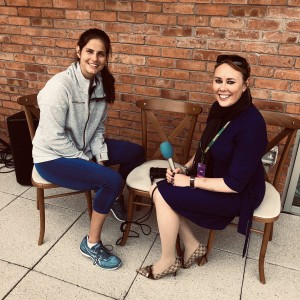