The annually held London International Horse Show at Olympia is a showcase for equestrian activity including Dressage, Showjumping and Driving competitions as well as equestrian displays.

On behalf of our client HPower, the Lloyd Bell team interview the field of International riders, deliver event results and provide an entertaining summary of the activity as it unfolds.

In addition, VNR’s are distributed globally to TV news outlets and interviews are uploaded to Olympia’s official YouTube channel which is a key communications platform. Lloyd Bell were also responsible for creating short “feature” videos specifically for YouTube to encapsulate the experience at the show. 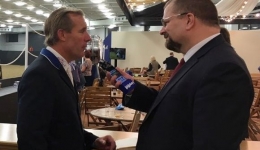 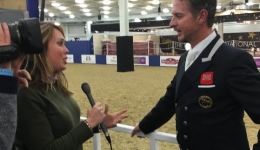 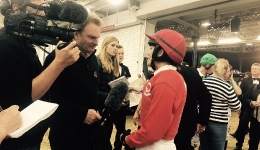 Victoria Pendleton faces the media after her round 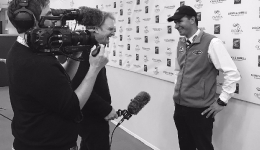 Chatting with Koos de Ronde after his driving win